Nkoma Advocacy Forum in Nkoma Sub County, Kamwenge District is one of the fourteen advocacy forums that are communities own initiatives formed by the 120 rural monitors who were trained by ToroDev in on line advocacy, monitoring service delivery using online social media/ ICT tools like Ushahidi plat form for on line documentation, visualization and mapping.
On 20th August 2014, over forty members of Nkoma Advocacy Forum with support from ToroDev launched their forum, to get accreditation and recognition from their local leaders, and also to promote transparency and accountability among the local leaders in Kamwenge District.
During the launching, Miss Harriet Mujuni, the Chairperson of the forum indicated some of the activities of the forum.
“As Nkoma Advocacy Forum, we advocate for better service delivery from our local leaders, do research concerning service delivery most especially government programs and projects,  lobby for better services from the government and also demand and promote public accountability in our district” 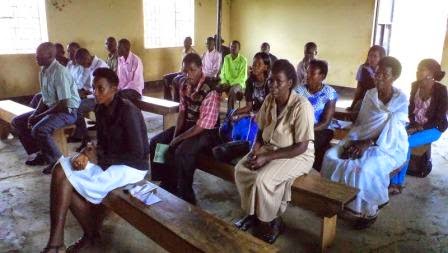 Miss Harriet further indicated the wide spread corruption in Kamwenge District that has hindered development. “Kamwenge District is lagging behind in development because of lack of accountability amongst the local leaders. Money that is meant for development activities has been diverted by the district workers, and no action has been taken against them due to lack of civil society to make engagements”.
The launching was also attended by Mr. Solomon Akugizibwe, the Media and Communications Officer at ToroDev, who encouraged the rural monitors to do advocacy and make their leaders accountable.
“You should not stop on launching this forum but move on and advocate to making your leaders accountable. I also warn you against involving politics in your advocacy, because it may fail the forum and also divert your mission and goals”.
Meanwhile, the Kamwenge Resident District Commissioner appealed to the rural monitors to register their Forum at the District level, so as to encounter greater achievements in the district. “Forum members should register their Forum at the district and National level, so as to realize greater achievements in the district, and also have greater lobbying opportunities”.
The advocacy forums are supported by SIDA/CIPESA on a project aimed at using appropriate ICT tools to promote democratic engagement in the Rwenzori Region, Western Uganda.