The Kabarole district councilor Hon. Paul Katisa while appearing on the orukurato live radio discussion indicated that the main role of a Member of Parliament is to represent people in the parliament, present their problems, issues, plans and ideas, lobby for the people to have improved service delivery and follow up the Government plans among other roles. 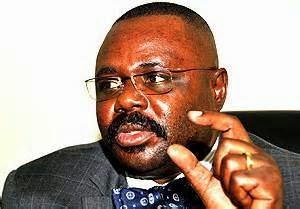 Katisa added that the Members of Parliament is supposed to follow-up the government funds to ensure proper accountability in the management of public resources.

The district councilor was appearing on the orukurato live radio discussion on Saturday 3rd January 2015 on Hits FM to discuss a topic titled, “Understanding the role of MPs in Uganda.”

During the talkshow listeners also participated using call-ins, SMS and online and over fifteen (15) local citizens called in, among them three (3) were women.

Local citizens are not happy with the MPs because they have failed to provide services for 4 years they have spent in the parliament. According to Richard from Kagote west division, Kabarole district, he explained that Member of Parliament pledge but do not fulfill their promises, He further said the roads in Kagote are impassable during rainy seasons, very dusty during dry seasons, full of potholes, shoddy work is always done when the road is to be worked on, and we have talked and talked but we can’t see any member of parliament lobbying for us.

According to Mary a caller from Mujuju Kabarole District, members of parliament are just in the parliament to enjoy the taxes we pay and we are here suffering with poor roads, lack of enough medicine in hospital and no one to lobby for us.

Andrew a caller from Mukubo Kabarole District indicated that members of parliament have disappointed us, because they make false promises just to win votes and when they get to parliament they don’t come back on ground to consult their electorates.

More about the roles of MPs follow this linkhttp://www.parliament.go.ug/new/index.php/about-parliament/functions-of-parliament

The live radio discussion is supported by SIDA/CIPESA and NED on a project aimed at converging the use of appropriate ICT tools to improve service delivery.