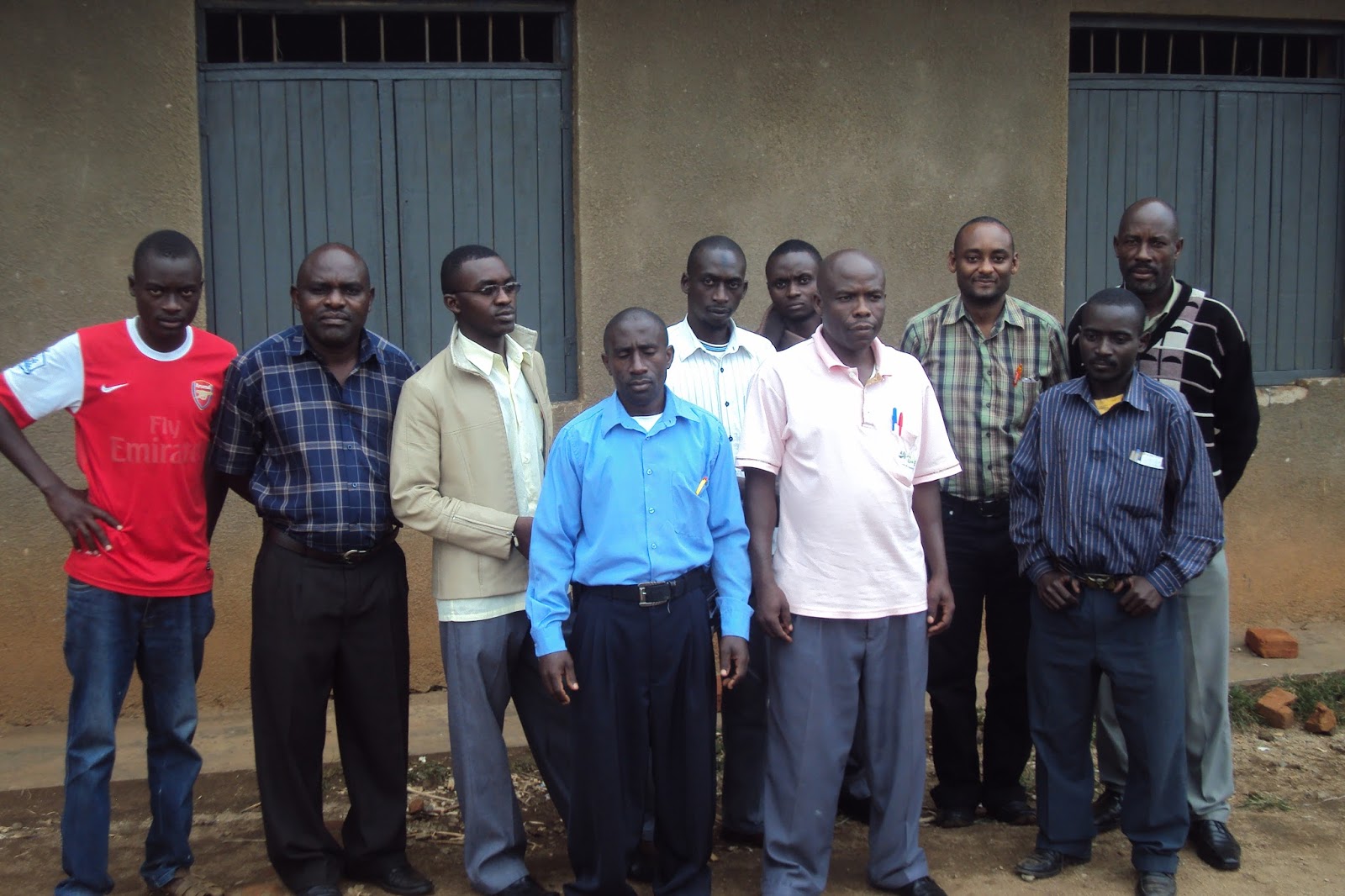 Some of the members of People’ Rights and forum for development

Members of People’ Rights and forum for development Kabarole District  have received and out cry from the local citizens  about the issue of insecurity in the sub county of Mugusu Kabarole District .
“We have received many business people complaining being stolen and robbed of their goods from their shops at night, and Local citizens who reported the case at  Mugusu police station took a step and asked the police officers whether they are always on night duty when ever their shops are broken and goods robbed , local citizens wondered if the police officers have a hand in  doing this but as a forum we  are now working closely with the police investing  the issue and soon we shall find out who does this.” Said   Mr  Mukwano Ssenyonjo leader of the Forum.

“There is a lot of insecurity in Mugusu Sub-county, people’s retail shops are routed everyday and now business people have resorted to sleeping in their shops to guard their goods,  we  wonder  what is the duty and work  of a police officer who is always on  duty  at night with his  gun.  The robbing is always done  when the police officers  are on duty every-night,  but as a forum  we have reported the issue to the district leaders and the concerned leaders  from Kabarole District are investing this issue “. Said  Tibenda  Stephen the Secretary of  People’ Rights and forum for development , Kabarole District.

Tibenda adds that on 1st  February 2015 the  leader of People’ Rights and forum for development  Mr Mukwono appeared on  Better FM on listener Forum a program sponsored  by ToroDev  sharing  and talking  about the issue of insecurity, over 10  people from Mugusu sub county called in  and sent SMS asking the police officers  to  do their duty or if they can’t the local citizens will start sleeping in their shops to guard their properties and  local citizens will  find out if the Police of Mugusu has a hand in robbing people’ shops.

The formation of advocacy forums for physical meetings and  training of ruralmonitors has motivated, informed, unified and contributed towards desirablechange in service delivery and accountability in the districts of Rwenzori Region.
Most of the advocacy forums have been formed by the 120 rural monitors  trained by ToroDev in online advocacy, monitoring service delivery using online social media/ICT tools like Ushahidi platform for online documentation, visualization and mapping. The Advocacy Forums also use FM Radio Broadcasting as an ICT tool for “convergence or hub” since it is the most accessed media channel in the rural areas of the Rwenzori Region.