On 22 February 2015, members of Hakibale advocacy forum Mr. Atuhaire Johnand Mwanguhya Joseph together with members of PRIFODE from Mugusu Sub county panelists appeared on Better FM to the issues related to what leaders have done in terms proving better and improved services for the last four years they have been in leadership. 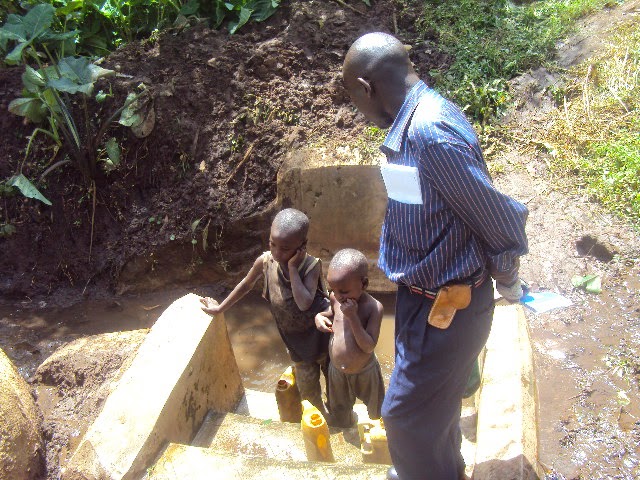 “Our leaders evidently began well in the first year of being in power, they tried to provide Mugusu Sub county with improved roads, piped water, well equipped health centers and improved sanitation among others, however this was done for a short while given that, when they occupied their political offices they became shortsightedness and stopped, lobbying, advocating and providing people of Mugusu better and improved services that could improve their well being and livelihoods. Latifah local citizen from Mugusu Sub-county acknowledges that, this was associated with campaign promise.

Latifah further noted that, in the first year after elections, the sub county headquarters of Mugusu were constructed simultaneously with community hall and the local council 111 provided support among leaders who were very active and cooperated with the local citizens to deliver services.

Nevertheless however, “he political leaders do not want to give  accountability issues on radio and during the accountability meetings organized by the forums at the sub county level, once a leader is asked for the accountability of  how much the road  was constructed,  or a health centre or source of water the leader always feels offended towards the opposition  members and great enemy to the ruling party but “ it’s our duty to ask for the accountability among leaders and that is why we still have poorly and uncoordinated work done and a lot of money spent on undertaking it”.  Said Atuhaire John from Hakibale, Kabarole District.

“Political leaders are very interesting, and very hard to understand, for the 5 years they have been in power we have failed to have 30% of the better and improved services they have provided to the people of Mugusu Sub County. Surprisingly we are now seeing these leaders come on ground to meet people because campaigns are just on the Door, so they are coming and appearing in public to campaign but they have not to the thresholds especially improving services in all sectors”. Said Salongo from Mugusu Sub County, Kabarole District.

Salongo adds that,  Mugusu  market is one of the biggest market in the whole of the western Region  and now the most filthiest place with very dirty toilets,  a lot of garbage , meat sold openly in a dirty places with no water source around  and what hurt us is  leaders are just watching and the garbage dump  is just next to the office of LC111 of Mugusu sub county , we are scared that anything can happen and  there can be cholera  outbreak if leaders just  ignore the situation.

Over 20 people from different districts called in and the moderator gave the 30 minutes to the callers, many callers were not happy of the services in their respective sub counties.

“ George a caller from Mugusu sub county Kabarole District  shared  how  Mugusu sub county  has  no safe and clean  water,  members of PRIFODE  lobbied  for water  in 2014 and water was provided and extended to Maguga  village but due to shoddy work  this water did not last for long  and it stopped  working and the taps were broken   and  Mugusu health center 111 has no water and leaders are aware about the situation.