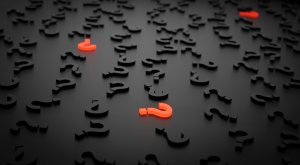 Despite the existence of legal and regulatory frameworks that promote the right to information, access to public information remains a big challenge in Uganda. The potential of ICT to promote citizens’ access to information is widely acknowledged and in 2014, the government and civil society partners launched the Ask Your Government (AYG) web platform that allows citizens to make online information requests to government Ministries, Departments and Agencies (MDAs).

However, four years on, it is evident that most citizens might not be aware of their right to information let alone the procedures for accessing information and data that is held by public bodies. Meanwhile, public officials continue to ignore citizens’ information requests despite efforts to equip both the duty bearers and rights holders, including information officers, journalists as well as women’s rights organisations,  with knowledge and skills on rights and responsibilities.

User statistics from the AYG portal show an increase in the number of requests as well as number of public agencies registered on the portal. Between 2014 and 2016, only 243 requests were submitted to 76 agencies. But by June 2018, the number of information requests submitted had reached 2,450, to 106 MDAs (20 Ministries, 60 Departments and Agencies and 26 to Local Government Officials).

The highest number of information requests have been submitted to the Uganda Revenue Authority (URA) –  350 between June 2014 and June 2018, followed by the Ministry of Defence with 152.

However, the nature of requests lodged still indicates a misinterpretation of what falls under a public information request as most of the submissions are related to internships and Tax Identification Numbers (TIN). Perhaps this is an indication of the priority information needs of many of the portal’s users.

Also of concern is the low response rate to information requests. Of the 2,450 requests submitted between June 2014 and June 2018, only 121 have been indicated as successful and and 102 as partially successful, representing an average response rate of 9%.  Less than 1% of requests (20) were rejected while those still awaiting responses are 2,074 or 85%. The 85% can be regarded as refusals under section 18 of the Access to Information Act (ATIA), 2005 which states: “an information officer fails to give the decision on a request for access to the person concerned within the period contemplated under section 16, the information officer is, for the purposes of this Act, regarded as having refused the request.”  The response period is 21 days.

In some cases where public information was requested, users were advised to visit the respective MDAs in order to access such information. For example  Davidson Ndyabahika, a journalist working with Uganda Radio Network, requested for statistics of enrolment and performance of both private and public primary and secondary schools in Ntungamo District from 2010 to 2016 from the Ministry of Education and Sports. He was advised to physically visit the Ministry offices where he would be cleared first before accessing such information. Such a response  indicates challenges with digitised information storage and retrieval among public agencies although section 10 of the Act mandates information officers to ensure that records of a public body are accessible.

Equally, there are cases where limitations of the portal have emerged and information has been withheld because it can only be provided after payment of the statutory search fees. The ATIA specifies a non-refundable access fee of Uganda Shillings (UGX) 20,000 (USD 5) which remains a high cost for the majority of the population.

The limited levels of government responsiveness to information requests and uptake of AYG by both citizens and public officials impact upon initiatives working to promote access to public information for social accountability and civic engagement. This calls for more capacity enhancement, sensitisation and awareness raising among public officials of their duties and responsibilities as laid down in the Access to Information Act.  Likewise, MDAs ought to utilise the different ICT platforms and tools to proactively release public information as prescribed in the Act and make efforts to ensure that citizens are aware of such information and where to find it.

Under Section 7 of the Act, public bodies are mandated to compile manuals containing descriptions, addresses, the nature of work, services and how to access information within six months after the commencement of the Act. However, 13 years since the law was passed, only the Ministry of Lands and Urban Development has adhered to this requirement. Indeed the ministry was in 2015 awarded the most responsive public entity as part of commemoration of International Day for Universal Access to Information (IDUAI).

Likewise, section 43 of the Act requires every minister to submit an annual report to Parliament on requests for records or access to information made to a public body under his or her ministry indicating acceptance or rejection, and reasons for rejection. However, there has never been any report from ministers since 2005 when the Law was passed, and Parliament has never demanded for such reports.

Meanwhile there should be efforts to continuously empower citizens to fully exercise their right of access to information as stated in Article 41 of the Constitution and Section 5 of the ATIA. Such efforts include capacity building of different demographic groups such as women, youth, persons with disabilities (PWDs), journalists, and teachers to demand for public information relating to service delivery and accountability while utilising different ICT platforms and tools including the AYG portal. Public officials should also be empowered to utilise these tools to proactively share public information with citizens.

The AYG is an initiative of the Ministry ICT and National Guidance in partnership with the Africa Freedom of Information Centre (AFIC) and the Collaboration on International ICT Policy for East and Southern Africa (CIPESA).