Despite strong legal frameworks aimed at empowering local citizens participate in monitoring service delivery like the 1995 constitution and Access to Information Act (2005), local citizens in Uganda continue to face intimidation and harassment from local leaders while trying to complement government efforts in monitoring service delivery.
In Kabarole District alone, local citizens organized in their citizen advocacy forums in the sub counties of Mugusu and Katebwa face intimidation and outright harassment while trying to compliment government efforts in demanding accountability through information access and sharing. Members of PRIFODE
Members of People’s Rights and Forum for Development (PRIFODE) in Mugusu Sub County have continued to receive threats of intimidation from the police because in May 2014, they requested the OC (Officer in Charge) Police, Mugusu Sub County, Mr.  Musabe Milton to go on radio and explain why police in the area harasses people because they had gathered enough evidence from local citizens concerning police beating up people and also asking people for bribes  to follow-up cases.
When the OC refused to go on radio to explain to the people of Mugusu Sub County, local citizens organized in their rural advocacy forum called PRIFODE and reported the cases to the Sub County Chairperson who influenced the transfer of the OC Police officer and other police officers. However, the transferred police officers have continued to make intimidating calls to members of PRIFODE.
“The transferred police officers further went ahead and got our contacts, they kept on telling us that they will come back and torture us, shoot us and arrest us. The place where they were transferred had poor working environment so they call us and curse us, threaten us and promise to harm us because we are the cause of their transfer.” Said Tibenda Stephen, the secretary of PRIFODE.
“I no longer walk at night because am scared of my life , I don’t  eat any food from any place around Mugusu  because am scared that I might be given poison any time so my life is at risk because of the phone calls I receive from these people”. Said Mukwono Senyonjo, the Chairperson of PRIFODE. 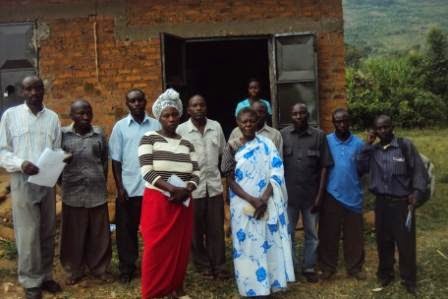