On 9th August 2014, the Chairman of War Veterans of Burahya County and Fort Portal Municipality Mr. Kinuge John indicated how they fought in liberating Uganda. “From 1963, there was no peace and ownership of property in Uganda, unless one belonged to the army.  In 1981, we started a war in Katebwa Sub County that went up to 1986, when Uganda was liberated”. Mr. Kinuge was discussing on ToroDev’s supported live radio discussion called ‘Orukurato Program’, a 2hr weekly radio program that discusses issues of accountability every Saturday (08:00 – 10:00) pm. 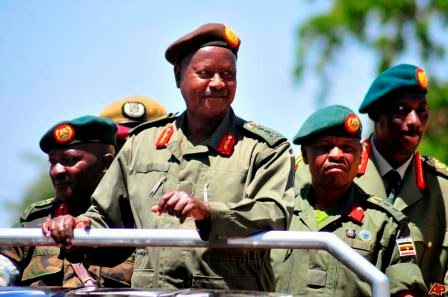 The live radio discussion was also attended by Mr. Kahuma Andrew a builder in Fort Portal Municipality, Mr. Mukwano Ssenyonjo the Chairperson of People’s Rights and Forum for Development in Mugusu Sub County, and Mr. Happy Steven, a youth from Kibiito Sub County all in Kabarole District.
During the program, Mr. Happy Steven indicated how he started a program of sensitizing his fellow youths on development programs. “We started up groups/SACCOS for helping the youths to get loans most especially those who are carrying out farming.  We sensitize youths in these groups and also give them skills of how they can develop their businesses. We have done this in Kasunganyanja zone, Buheesi, Njarayabana, Kyamukubu, and Nyabusesa Sub Counties”.
Mr. Kahuma also indicated the challenges that are faced by builders. “As builders, we are facing challenges like exploitation by our employees. This is caused by the nature of our work that lacks employment letters, which has led to poor or no payments after accomplishment of work. We also don’t have any forum that can unite us to protect our rights”.
Meanwhile, Mr. Mukwano also participated in the live radio discussion by appealing to the local citizens to monitor their services. “Local citizens have to understand that it’s their role to monitor services being delivered by their local leaders.  There is also a campaign of signing a petition to parliament against the new proposal of taxing agricultural inputs. This campaign is meant to protect local citizens who will be at a risk of food security in case prices of agricultural products hike”.
Local listeners also participated in the live radio discussion through call ins and using the SMS plat form to raise their issues and concerns. “The builders have to work with the ministry of works, so that laws and policies are improved and strengthened”, said Richard, “The money that the government is proposing to give to the war veterans is too little”, said Bashir from Mbarara District.
The live radio discussion was moderated by Mr. Kasigazi Willy Donanto and issupported by SIDA/CIPESA and SPIDER/Stockholm University on a project aimed at using appropriate ICT tools to promote democratic engagement in the Rwenzori Region, Western Uganda.